Thematic session “Main stressors and their impact on ecosystem health” 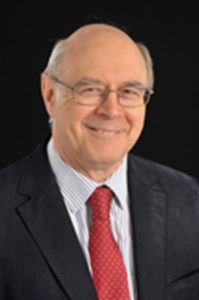 Mike is the Director of International Estuarine & Coastal Specialists (IECS) Ltd and also the Professor of Estuarine and Coastal Sciences at the University of Hull, UK. He was Director of the former Institute of Estuarine & Coastal Studies (IECS) at the university from 1996-2017. He is a marine biologist with a wide experience and interests and his teaching, research, advisory and consultancy includes estuarine and marine ecology, policy, governance and management. Mike has published widely, co-authoring/co-editing 20 books/proceedings and >300 scientific publications. This includes co-authoring ‘The Estuarine Ecosystem: ecology, threats and management’ (with DS McLusky, OUP, 2004), ‘Ecology of Marine Sediments: science to management’ (with JS Gray, OUP, 2009), and ‘Estuarine Ecohydrology: an introduction’ (with E Wolanski, Elsevier, 2015). He was an editor and contributor to the ‘Coasts and Estuaries: the Future’ (Wolanski, Day, Elliott and Ramachandran; Elsevier, 2019) and the Treatise on Estuarine & Coastal Science (Eds.-In-Chief – E Wolanski & DS McLusky, Elsevier). He has advised on many environmental matters for academia, industry, government and statutory bodies worldwide. Mike is a past-President of the international Estuarine & Coastal Sciences Association (ECSA) and is a Co-Editor-in-Chief of the international journal Estuarine, Coastal & Shelf Science; he currently is or has had Adjunct Professor and Research positions at Murdoch University (Perth), Klaipeda University (Lithuania), the University of Palermo (Italy), Xiamen University (China) and the South African Institute for Aquatic Biodiversity. He was awarded Laureate of the Honorary Winberg Medal 2014 of the Russian Hydrobiological Academic Society. He is also a member of many national and international committees linking marine science to policy.

Thematic session “Diversity and physiology of marine organisms. Is there still anything to discover?” 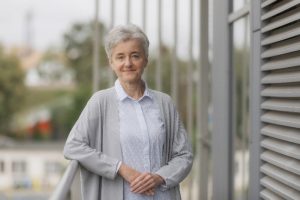 Prof. Hanna Mazur-Marzec, Head of the Division of Marine Biotechnology, Institute of Oceanography, University of Gdańsk

Hanna Mazur-Marzec is an internationally recognized expert in marine natural products, with extensive experience in mass spectrometry and peptidomics. Her scientific interests focus on biomolecules produced by cyanobacteria. Using chemical and genetic markers, her group explores the interspecies diversity and ecological significance of these microorganisms. The same tools are also applied to reconstruct the history of cyanobacteria in different ecosystems. Her current research interests extend to biological activity of cyanometabolites and their pharmaceutical application. (https://ug.edu.pl/)

Hanna Mazur-Marzec is an expert in the Working Group on Harmful Algal Blooms Dynamics, the International Council for the Exploration of the Sea (ICES), and a member of the editorial board of the journals Oceanologia and Marine Drugs. In recognition for her scientific achievements, in 2019, she received the award of Polish Intelligent Development (Intelligent Development Forum). In 2020, she was nominated to the award Person of the Year (Economic Forum). She also received four awards of the Rector of University of Gdańsk. 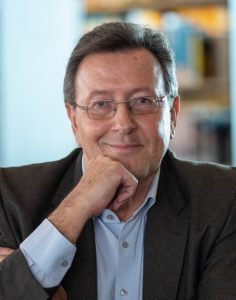 Carlos was Research Professor with the Spanish National Research Council (CSIC) and Director of the Oceans Institute at The University of Western Australia. He also holds an honorary positions at the Arctic Research Center in Aarhus University, Denmark and the Oceans Institute at The University of Western Australia. His research focuses on understanding the effects of global change in marine ecosystems and developing nature-based solutions to global challenges, including climate change, and develop evidence-based strategies to rebuild the abundance of marine life by 2050.  Building on his research showing mangroves, seagrasses and salt-marshes to be globally-relevant carbon sinks, he developed, working with different UN agencies, the concept of Blue Carbon, as a nature-based solution to climate change, which has catalyzed their global conservation and restoration. Professor Duarte led the Malaspina 2010 Expedition, including over 700 scientists from 38 institutions from across 18 nations, that sailed the world’s oceans to examine the impacts of global change on ocean ecosystems and explore deep-sea biodiversity. Professor Duarte served as President of the American Society of Limnology and Oceanography between 2007 and 2010. He has published more than 900 scientific papers and has been ranked within the top 1% Highly-Cited Scientist by Thompson Reuters in all assessments of this rank, as was ranked as the top marine biologist in the world, and recently, the 12th most influential climate scientist in the world (Reuters). He has received many honors, including the G. Evelyn Hutchinson Award from the American Society of Limnology and Oceanography in 2001, the National Science Award of Spain (2007), and the I. Vernadsky Medal of the European Geophysical Union. the Prix d’Excellence by the International Council for the Exploration of the Seas (ICES, 2011), the Carlo Heip award for excellent in Marine Biodiversity (2018), and the Ramon Margalef Ecology Award (2019), and the BBVA Foundation Frontiers of Knowledge Award in Ecology and Conservation Biology (2020).  Duarte received honorary doctorates from the Université de Québec a Montrèal (Canada) in 2010 and Utrecht University (The Netherlands) in 2012.