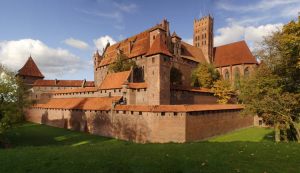 The Castle of the Teutonic Order in Malbork is a 13th-century fortified monastery, belonging to the Teutonic Order century. It is the largest castle in the world measured by land area and a UNESCO World Heritage Site. The castle was originally constructed by the Teutonic Knights, as a German Catholic religious order of crusaders, in the form of an Ordensburg fortress and was substantially enlarged and embellished after 1309, when the seat of the Grand Master moved here from Venice. In 1457, during the Thirteen Years’ War, it was sold by the Bohemian mercenaries to King Casimir IV of Poland, in lieu of indemnities and since served as one of the several Polish royal residences, as well as the seat of the Polish offices and institutions, fulfilling this function until the First Partition of Poland in 1772. Since then, the castle was under German rule for over 170 years, until 1945. The castle is a classic example of a medieval fortress and, on its completion in 1406, was the largest brick castle in the world. The Malbork Castle is one of Poland’s official national historic monuments and its’ listing is maintained by the National Heritage Board of Poland.

Number of places is limited to 40.

The supplement (€ 50) includes transportation by bus, guided tour in the castle and full lunch. 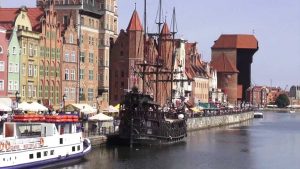 Gdańsk is the heart of the Tricity area and historically, one of the most exciting and relevant places in the country. Since the middle ages, Gdańsk has been an important seaport and shipbuilding town, in the early 80s it became the birthplace of a modern and democratic Poland, with the rise of Lech Wałęsa and his famous Solidarity movement. The most notable highlights include the Oliwa Cathedral, Neptune’s Fountain, the Artus Court, Riverside, Port Crane, the famous Mariacka Street, and St. Mary’s Basilica.

Number of places is limited to 34.

The supplement (€ 20) includes transportation by bus and guided tour. 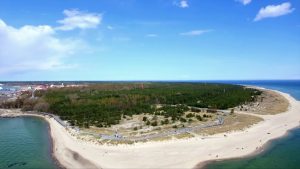 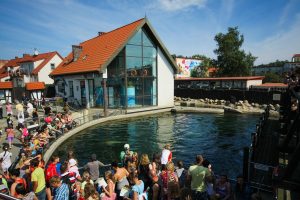 Hel Peninsula is a 35-km-long crescent-shaped sandbank, separating Puck Bay from the open Baltic sea. The peninsula is a part of the Protected Coastal Marine Reserve and a unique tourist attraction on a European scale. Reaching just 23 m above sea level, much of the landscape is covered with trees, with picturesque wind-deformed pines. At the end of the peninsula, there is Hel Marine Station, a field station of the Institute of Oceanography, University of Gdańsk, which was established in 1992. The station serves as a center for breeding and rehabilitation of grey seals, which are kept in the Hel sanctuary.

Number of places is limited to 34.

The supplement (€ 35) includes transportation by bus, guided tour in the Hel Marine Station and lunch.

For some relaxation a light-hearted competition among the participating teams will be hold during 55 EMBS which is a long standing tradition of the EMBS.

It happened that during the summer of 1966 the Beatles had released an album containing the song (written for children!) “The Yellow Submarine’ which had rapidly gone to the top of the charts. When a few of the participants, including John Gray, saw a toy, plastic yellow submarine in a local shop window, they had the inspiration to buy it for the prize. So was born the tradition of the Yellow Submarine competition which has enlivened every EMBS since then (Ryland 2009. Mar. Ecol. 30: 200–202; Hummel and Hummel, 2016).